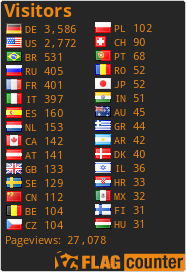 just some news from the other side of the world.

We are right busy this time. just unloaded cargo from RV POLARSTERN and running our normal summersaision.

But we had a great Christmas with 4 Swedish (WASA-BAse) and 6 Finnish (ABOA) guests. One of them was Mika OJ1ABOA. Finally we had done some great QSO on 2m and 70cm in Antarctica. First time for me to use my brand new Kennwood TH-D72 that just arrived one flight before Christmas. What a great Christmas present, Thanks!

First, I have to say thanks to WAP and Dominik DL5EBE, for supporting me all the time!In the beginning the propagation was not good, so Oleg RI1ANF (at Bellingshausen Base) starting to help me (thanks a lot!) because he got better openings towards Europe. After the first 45min in real hard conditions of propagation, it got better and finally I worked 117 QSOs most of them from Europe.

I worked with my Kenwood TS-480 with 100W powered by a 100Amp Battery. I had to tow up to E-Base, by a 7m leather rope, two of these batteries and my equipment. At least, the HF antenna still mounted there for normal communication in summer time was working well, so it was quite easy to install my stuff in the living room and just extend the antenna cable. But in Antarctica everything is not like you may think … After 30min my batteries got frozen and out of them, I just got 50Watts of power for my TX. Also if it’s called “Living-room” the Emergency-Base it’s a powerless room, without heating. I had around -22°C inside, really cold fingers all the time and after 2,5hours working , there was a film of ice over my microphone. To those who have not got a chance to work me this time, I say that I can work from there again! In summer time it’s much easy because there I will have energy, so I will try to work there anyway in the next 2 months again.

Thanks for all who takes time to listening me and hopefully for all who didn’t got a contact I can do this again!

P.S. news about my activity always here or at www.waponline.it

INFO from www.waponline.it after i inform my friend Gianni. Thanks Gianni for supporting me all the timeat the expeditions!

Antarctica-German Seismological Observatories  (WAP DEU-NEW ONES) Lars DPØGVN,  will operate again  /P for 4 days on a expedition to two of the German Seismometer Stations called “Watzmann” and “Olymp”, around 100km far away from Neumayer 3 Station. Lars has just told us that he will start today Wednesday 29th August. He will be QRV on 14.310MHz  beginning 29 Aug. from  17:00UTC until 31 Aug. German’s continuous monitoring of regional and global seismicity started in 1982. Thousands of digital seismogramms have been recorded with different local networks of seismological stations around Georg Von Neumayer Station. In the beginning the remote stations were located only some 5 to 10 km away from the base. With growing experience the extensions of the network became subsequently larger. Besides the S-13 seismometers in the seismic observatory (VNA1) there are at present two remote seismographic stations operating. The former stations on the Ekström Ice Shelf  were abandoned in 1999 because they did not significantly improve the accuracy in localizing local and regional events. The remote stations are called “Watzmann” (VNA2) and “Olymp” (VNA3) and are located on the ice rises. These 2 sites are brand new an will be insert on the next release of the WAP-WADA Directory. Watzmann  Seismological Observatory-VNA2, WAP DEU-NEW (43 km from Neumayer 3) Ekstrom Ice shelf, Halvfar Ryggen 70° 55′ South , 07° 23′ West (see the two pictures on the Left) Olymp Seismological Observatory-VNA3, WAP DEU-NEW (83 Km from Neumayer 3), Ekstrom Ice shelf, Søråsen  ice risen, 71° 14′ South , 09° 39′ West (picture to the Right) The location of VNA2 proofed to be a good place for seismological observations, with relatively easy access also during winter, a small aperture, short period detection array with 15 vertical-component seismometers was installed there in February 1997. Digital data from both remote stations are telemetered continuously to the base. TNX Lars DL1LLL-DPØGVN/P

And now its done… After 3 Days expedition we are back at Neumayer3 Station.

The way to “Olymp” is something around 110km and took us more than 14h to drive with the Snowplow and the sledge. Thats why i just could install the antenna at 22:00UTC. I tried to get somebody on 20m but there was no propagation in this time. After we had done our work next morning we have to leave “olymp” and move on to the “watzmann” observatory. Sorry i couldn’t activate the “olymp” observatory, but hopefully next time in the summer.

After 14h again in the snowplow we arrived at the “watzmann” observatory and i installed my antenna (Fritzel FD-4) on the mast who is already on the container there (there is just a container on the watzmann not on the olymp). Next day in the afternoon i stated t call cq and about 17:30UTC i got first answers. propagation wasn’t the best but i got ~30 QSOs with around 10 countries. I was happy that i could activate this one. Bad news for US hams again. i tried to get some of them 23:00 UTC and as well next morning but no answer or propagation as well, sorry. hopefully i will come back in summer to “watzmann” or “olymp” with much better propagation.

im already finished with updaten my online logbook. thank you all very much for 74 QSOs yesterday evening. i hope i can do this again some time in this winter.

I worked yesterday with my Kennwood TS-480 with 100watts,running on a 12V/100Amp batterie and a 33 meter dipol (FD-4) ~8m over ground. The antenna was intalled by a crane of the “Pistenbully” Snowtruck. And i worked from the cap. Outside it was -30°C and ~5Knots wind.

Here also some Photos from this evening. Many thanks to Stefan (to taking some Fotos) and to Gianni who supported me!